The Billiard Table iron is quite a heavy piece of kit weighing in at approx 8 kilos ( 17.62 lbs). The iron should be used after the cloth has been brushed to help lay the nap. It should not be too hot as this can scorch the cloth and like the brushing is always used from the baulk end to the top of the table. It is also recommended that the start position for using the iron should be varied across the baulk end so that the when the iron is at its hottest (after being taken off the heat) is not always placed on the table in the same position as this could also mean that the cloth could be 'heat damaged'. 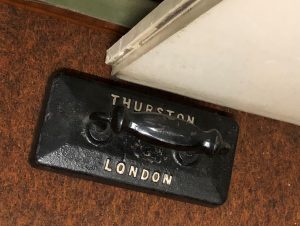 You will see from the pictures many different irons in our Heritage Collection the basic , early irons were cast iron before progressing through to electric, without a thermostat and currently to electric with a thermostat.

All the early irons required to be heated on a gas ring of some sort and we have an examples of such gas ring in the Collection. 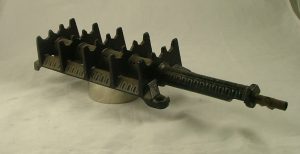 Probably the earliest example we have is an iron that has a separate iron weight which would be heated and then put into the iron. This avoided the problem of having 'burn' marks on the base of the iron which needed to be removed before the iron was used on the billiard cloth. It probably fell out of use because of the difficulty in handling and putting the 'hot' weight back into the iron. So the standard cast iron became the norm but had to have the marks left by the gas ring removed before ironing the cloth. 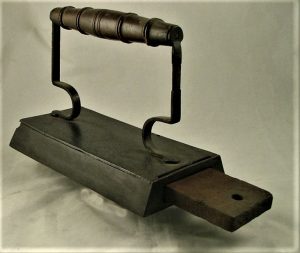 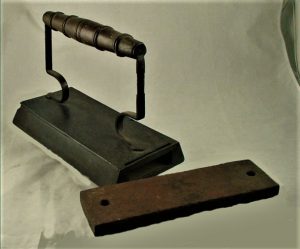 As you will see all the recognised 'old' billiard irons incorporated the billiard table manufacturers name as a form of advertising. 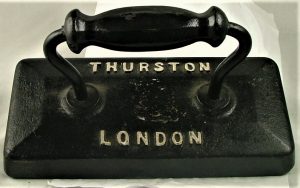 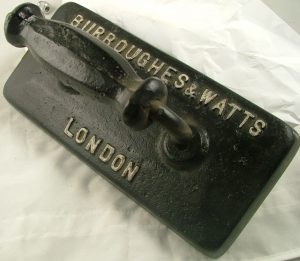 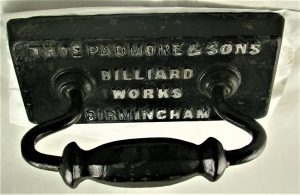 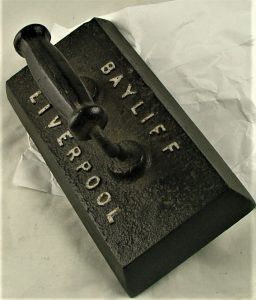 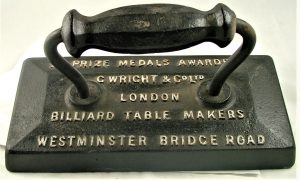 Below are examples of Sowerby and Ashcroft irons, two old Liverpool billiard firms. 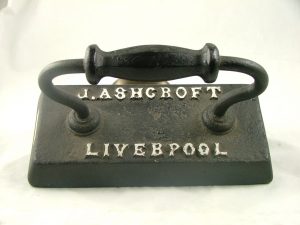 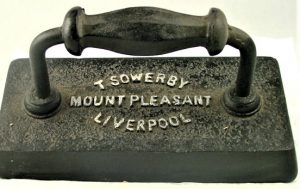 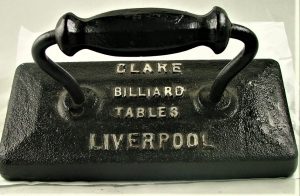 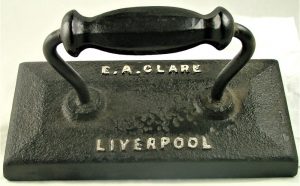 Even the NAAFI had their own branded iron and the A.W. Chick with a rather unusual handle. 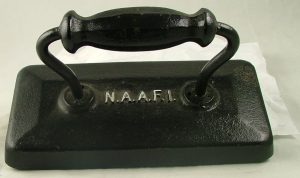 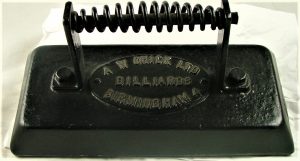 An Orme and Sons complete complete with protective shoe. All irons of this type would have had something similar but they usually went missing. 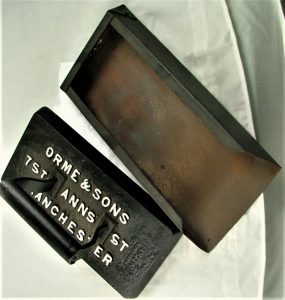 The cast iron type of iron was eventually succeeded by the electric iron, but this was still a specialist iron for billiard tables. Again there are few in the Collection. As the old cast irons fell out of use they didn't have the company names cast into them and just became plain looking and nowadays cast iron ones can be seen being used as door stops!! 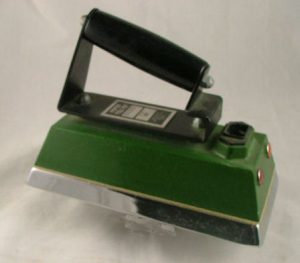 This is an example of an imported billiard iron which proved to be very unreliable. 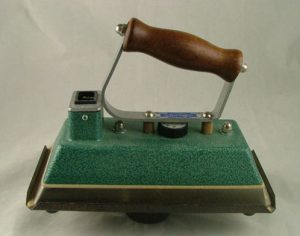 Click on the image to take you direct to the product on the online shop.

This is the current Dowsing thermostatically controlled snooker iron which solves the problem of judging when the iron is at the correct temperature to use. It is advisable to iron the bedcloth twice with a warm iron than once with an iron that is to hot. It is important to keep the iron moving, if left stationery for any length of time it will scorch the cloth.  Always iron in the direction of the nap from the baulk end to the black spot.

Caring for your Snooker Cue